Usually mondays are reserved for music here on TerryMcfly.com, but that all changed when I received a very interesting and unexpected invitation yesterday evening. The New York Knicks (My FAVORITE team) invited me to attend their Media Day, which signifies the official start of the team’s 2012-13 NBA Pre-Season. The press conference style event took place at the Knicks training camp facility. All of the major sports media outlets were there in attendance, it was truly an honor for a young journalist like me to be amongst all the veterans. The entire group of press in attendance took turns asking questions to Knicks players and coaches. 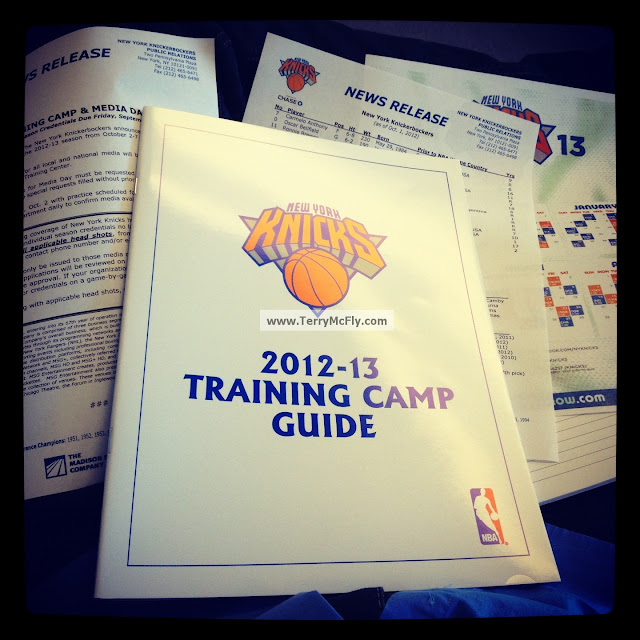 This event really made my day, as a fan it was truly a once in a lifetime kind of experience for me. I managed to write down a few quotes from a few players and Coach Woodson so that you can get an idea of where we’re headed this season. Check out the photos and quotes below, as usual it was all captured on my trusty iPhone 4S. 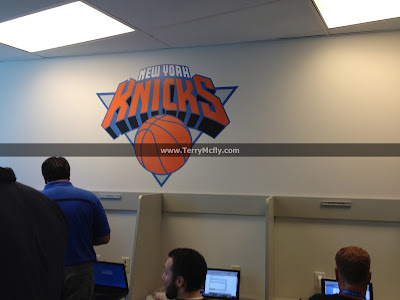 The Media day started with a brief Q&A discussion with Coach Mike Woodson telling the media about his plans for the 2013 New York Knicks team. The press asked Coach Woodson a lot of questions about his decision for choosing to go with a team that has a majority of Veterans. Woodson hopes that the new veteran players can help free up the load of work that was placed on Carmelo and Amare last season. Woodson was also asked about the current status of Rasheed Wallace, “Is Rasheed Wallace a New York Knick?”, Coach Woodson replied “Rasheed isn’t signed yet but there is a possibility that he will be signed. I like Rasheed Wallace.”

The first player to the press table was Carmelo Anthony, followed by teammate Tyson Chandler. Carmelo discussed his plans to focus more on being an all around player over just scoring points. “I’m done trying to score 30-35 points, we need a more rounded team” says Melo.

Tyson Chandler spoke about the addition of the new players. Tyson played with Jason Kidd when he was in Dallas so they expect to cooperate really well together.

Next up we have Iman Shumpert, I just knew someone was going to ask about his hair. One of the reporters asked Shump if he plans to keep that hairstyle the entire season and he replied “yes”. That’s cool, I like the haircut… I hope he has some cool retro moves to go with it to put some points on the board and bring home the gold. Another obvious question was about the condition of his health, since he was injured last season, Shump says he feels completely recovered and ready to play. 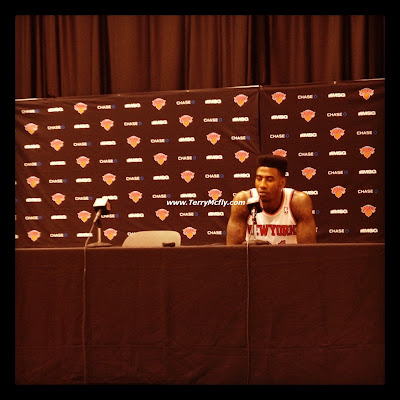 A few of the new players were interviewed on the sideline. Reporters were allowed to individually meet with them and ask questions if they wanted to. 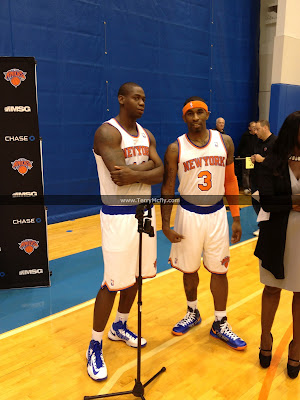 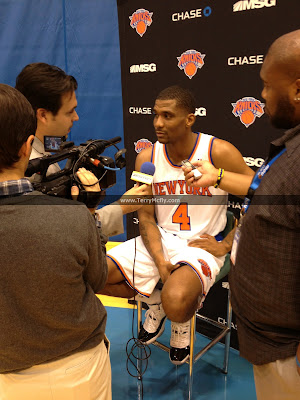 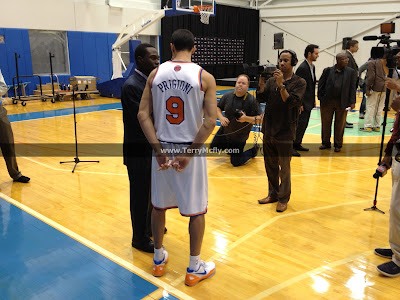 Veteran players Marcus Camby & Jason Kidd shared their thoughts about being New York Knicks and  how it feels to be back on the court. One reporter asked Camby “How does it feel to be a New York Knick once again?”, Camby replied “In life they always talk about things coming full circle and I think it’s great for my career.”…well I don’t know about you but that sure is a good enough answer for me! 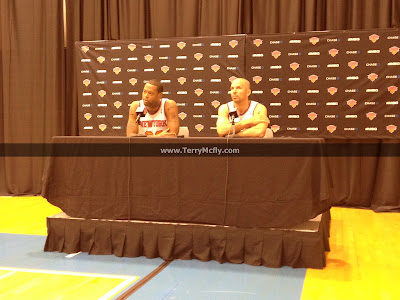 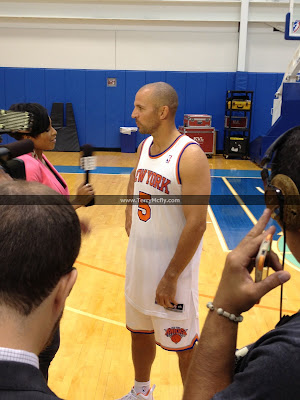 Amare Stoudemire came to the table to discuss his plans for this season but apparently I don’t have any quotables to share with you …my photos are cool though, I’m sure you’ll agree. 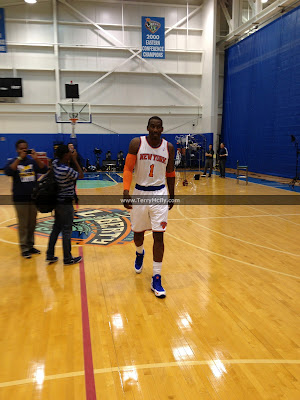 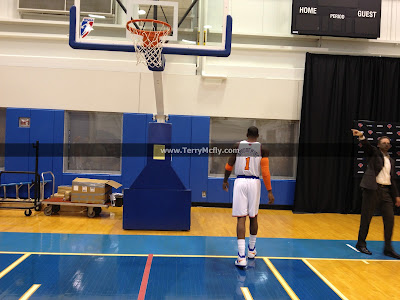 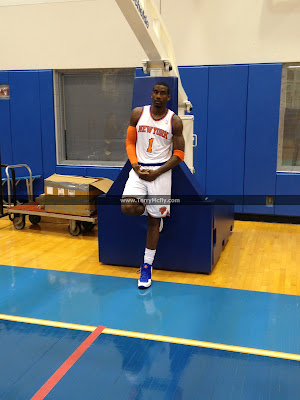 Mr. Discount Double Check was also around to greet the media, NOVAKAINE!!!!! 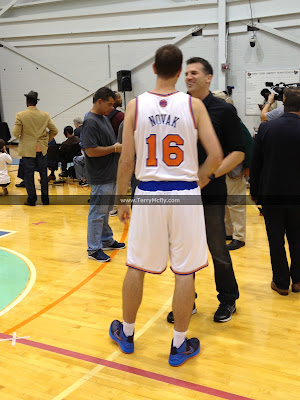 Of course I saved the best for last, a party ain’t a party if Terry McFly ain’t there so of course I had to grace the stage with my presence.
Knicks practice officially begins on Oct. 2nd, same day that my career as a Knicks player on NBA 2k13 begins! I’m sure this won’t be the last time you see a post from me about the New York Knicks, we have a long season ahead and I plan on attending a few games so STAY TUNED!
For live updates and exclusive photos, Follow @Terry_McFly on Twitter & Instagram. Also be sure to like the official facebook page and become a member of this site at the top of this page.