Last week (Aug. 28), The Supra brand skate team made a stop in Hoboken, New Jersey as part of their 2012 Supra Summer Tour. Skate legends such as Stevie Williams and Erik Ellington were amongst the pros headlining the Supra Tour. This event was pretty awesome, it was much more than I expected. The Supra team is very humble, they treated all of their fans as if they were peers and friends, which is very admirable. In the usual Terry McFly fashion, I will recap the event with a photographic timeline shot directly from my iphone. 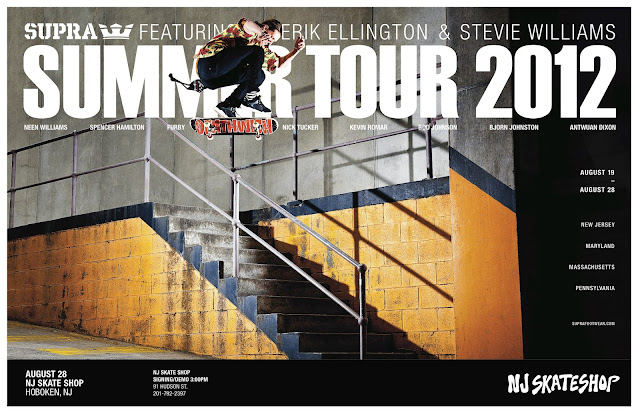 Skate fans of all ages lined up in front of the NJ Skateshop in Hoboken to meet their favorite Supra skaters. 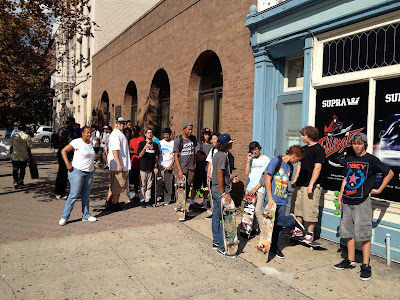 I managed to meet with the Supra team before they got to the store for the signing. I spoke to Stevie Williams for a little while and then I went across the street to meet with Ellington, Romar, & Furby. 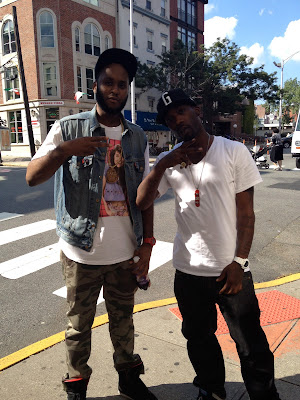 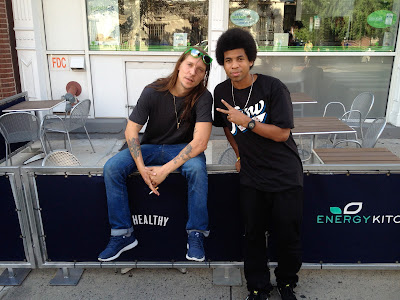 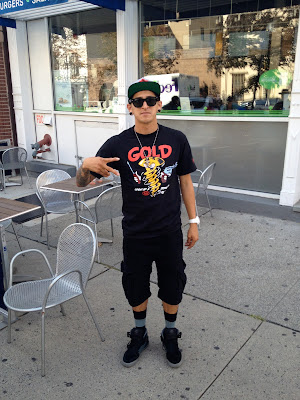 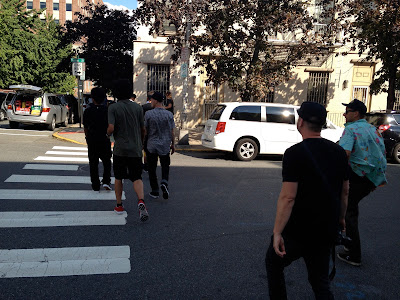 I walked with the team to the store to begin the signing and Meet & Greet. The entire team signed posters for all the kids lined up outside and handed out some free Supra merchandise. 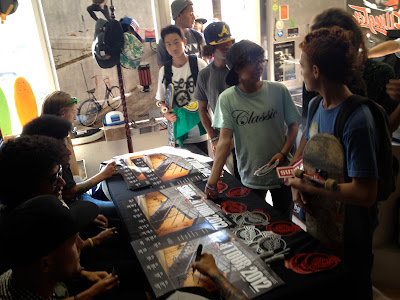 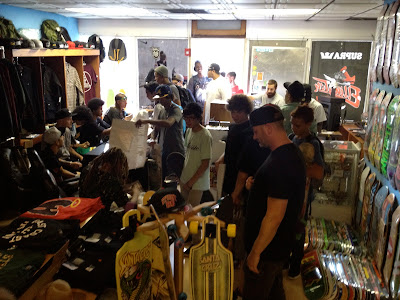 I managed to score some Supra swag for myself, LOL… I got a cool hat, with some shirts and stickers. 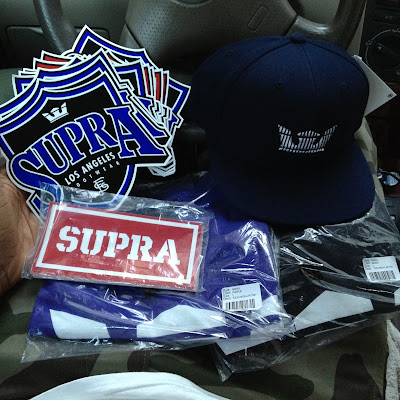 Once the Meet & Greet was over, the team assembled outside of NJ Skateshop along with the store owner for an impromptu photoshoot before the skate demo portion of the tour. 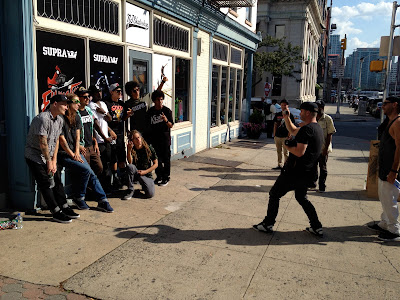 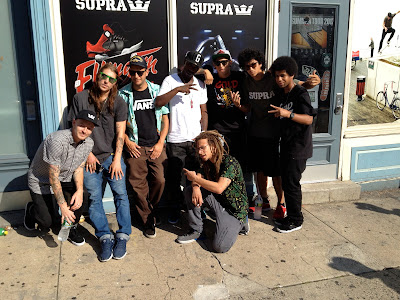 Now it was time for the fun to begin, The team headed to a local skate park in the area to shoot a skate video. Just imagine the excitement of the unsuspecting kids that were skating in the park when the team of pro skaters showed up to skate amongst them. 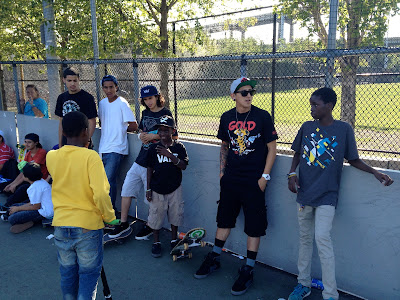 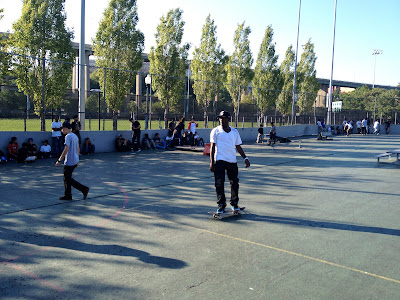 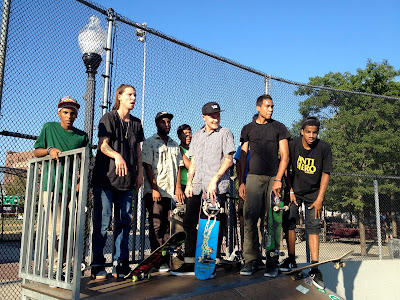 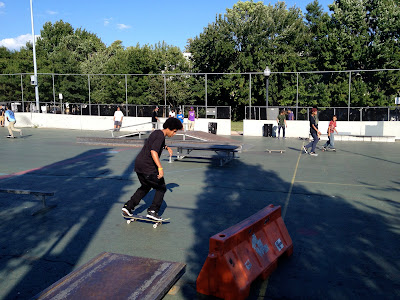 I followed the film & photo crew around the park on my board to ensure that I capture a few of the cool tricks that were on display to share with all of you. 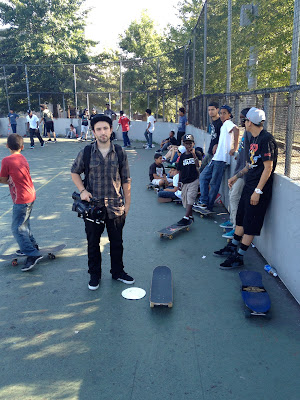 Stevie Williams and Erik Ellington performed a few tricks that definitely ended up on my instagram feed (@Terry_Mcfly). 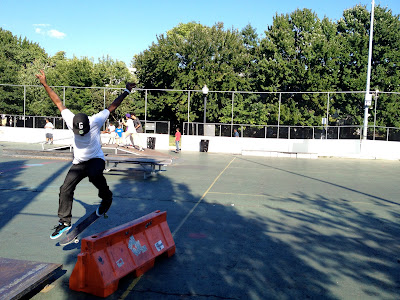 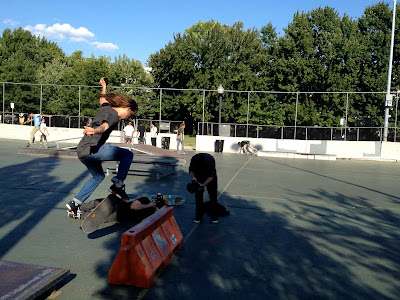 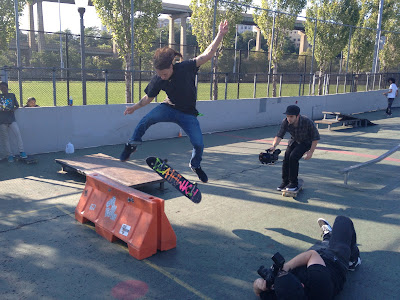 And of course you can’t have a Supra Footwear event without an image of the cool skate shoes. Here’s some of the shoes that were worn at the park. 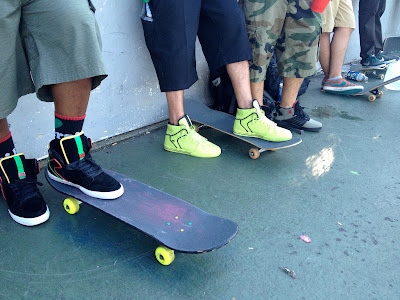 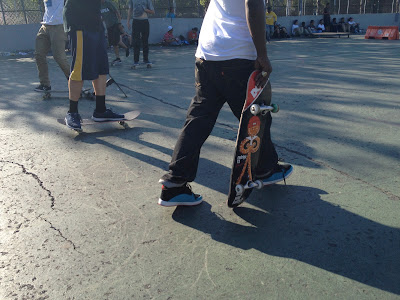 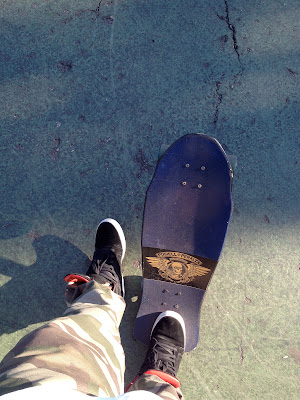 I had an amazing time with the Supra team once again. Hopefully one day I can be cool enough to join the Supra family. If you enjoyed this article, check out the one about that time I randomly met Chad Muska and the Supra Team on the streets of NYC  or the recap of my time at the Supra store anniversary party.