NYCC2013: Super Playboy Fragrances For Him & Her

Playboy Fragrances wants to help us all release our inner super hero. These fragrances were specifically created to give comic fans and true believers the super powers of attraction. I joined Playboy Fragrances at New York Comic Con to put it to the test and release my Super Alter Ego with the help of Playboy Playmate Alison Waite (@AlyWaite).

My first plan of action was to select a bottle of Super Playboy. 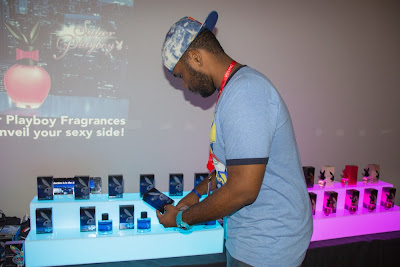 SuperPlayboy for Him:  With an unexpected explosion of sparkling bergamot, juicy red apple and spicy black pepper you’ll be sure to get her attention!  Then the warmness of cinnamon, fruitiness of pineapple and soft lavender touch will irresistibly draw her to you. The final subtle blend of wood, amber and patchouli will ensure our Super Playboy reaches his target… Every time!  You will feel super seductive, self-assured and completely irresistible. 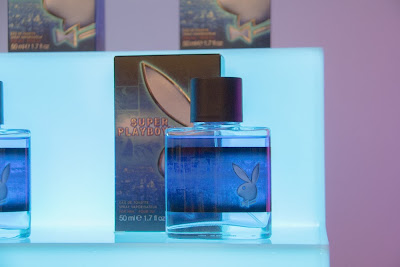 SuperPlayboy for Her: Instantly unleash your powers of seduction with a blend of a margarita cocktail and mandarin to capture his attention. The aroma of exotic paradise flower, sweet freesia and mouth-watering amour en cage sets the hook; with sensual amber and sexy musk to seal the deal. Utterly sensual and completely unforgettable, you will have the power to make any guy fall at your feet. That poor guy never had a chance! 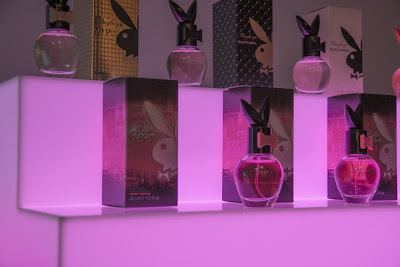 Kicked it with a few of the ladies visiting Comic Con as I waited for the Super Playboy to work it’s magic. As you can see, they’re already in their super alter ego form. 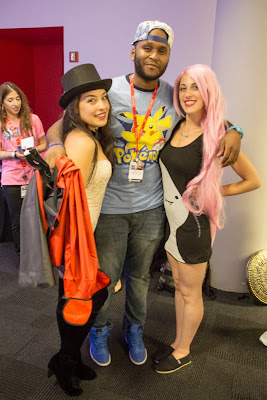 Super Playboy has unleashed my alter ego! Kinda looks like Zorro, but that makes sense being that Zorro is a ladies man and daredevil just like myself 🙂 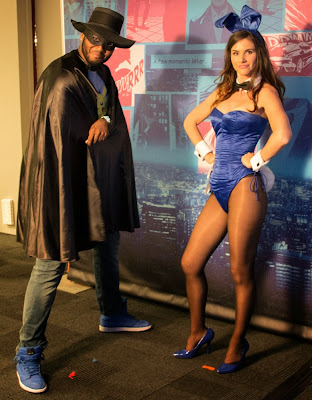 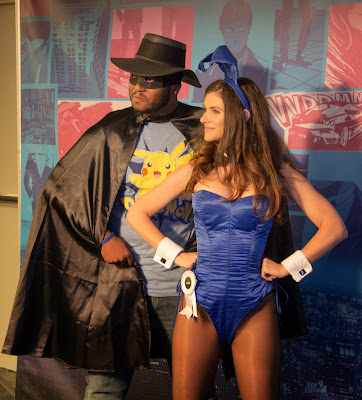 For more information on where to find Playboy Fragrances visit www.facebook.com/PlayboyFragrances . Also if you’re at Comic Con, stop by the Speed Dating Room for the chance to release your alter ego of attraction and put it to the test.

All photos were taken by TerryMcFly.com Tech writer and photographer Adil Sheikh (@TheSheikh).