For the past few weeks, everyone has been waiting to get to theaters to see the The Hangover Part III. It’s been a long time since we last seen the Wolfpack on a crazy adventure. Does this third movie live up to the hype of the commercials or does it flop like an NBA player faking injury? 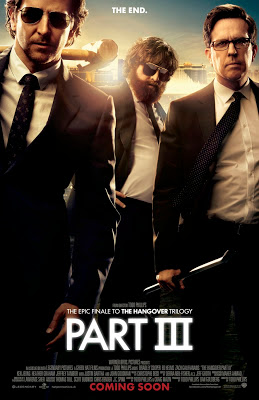 The Hangover 3 was not the movie I expected and not in a good way. This movie brings the series full circle, a lot of the events pays homage to the first films. They find themselves back in Vegas and we get updates about characters we have long forgotten since the Hangover 1. They attempt to follow the same formula as the first film (with Doug being missing in action) but it fails miserably.

This movie is very lackluster compared to the first two films.They almost seem like they are trying too hard to get the viewers to laugh. The funniest moments aren’t even in the film, they actually happen during the credits, which is weird. Make sure you don’t leave during the first set of credits or you will miss your laughs.

PETA is going to have a field day with The Hangover Part III. The scene with the giraffe that was on the commercial actually left me sort of traumatized and horrified, it was suppose to be funny I guess but it did the opposite. There’s a few other scenes that involve animals in a bad way throughout the film. One character even verbally throws a jab at PETA as if they already know what to expect.

As a fan of the Hangover movies, I left the theater disappointed. You can obviously tell that they made this film solely for the purpose of ending the series. What a crappy way to end such a good series. The Hangover Part III is NOT “Terry McFly Approved”. This film was very weak. It was very predictable and not really that funny, a few laughs here and there.