The Michael Bay produced 2014 live action treatment of the TMNT franchise is not the nostalgia adventure that all of us long time turtle fans hoped it would be. Don’t get me wrong, TMNT is somewhat of a thriller…just not the thriller we hoped would bring out our inner child. The 2014 live action TMNT film does not share the traditional TMNT story line of the past live action movies, instead it’s based completely around the new generation Nickelodeon cartoon story line. I knew Nickelodeon was helping make the movie but I had no idea that they would focus only on the new show. 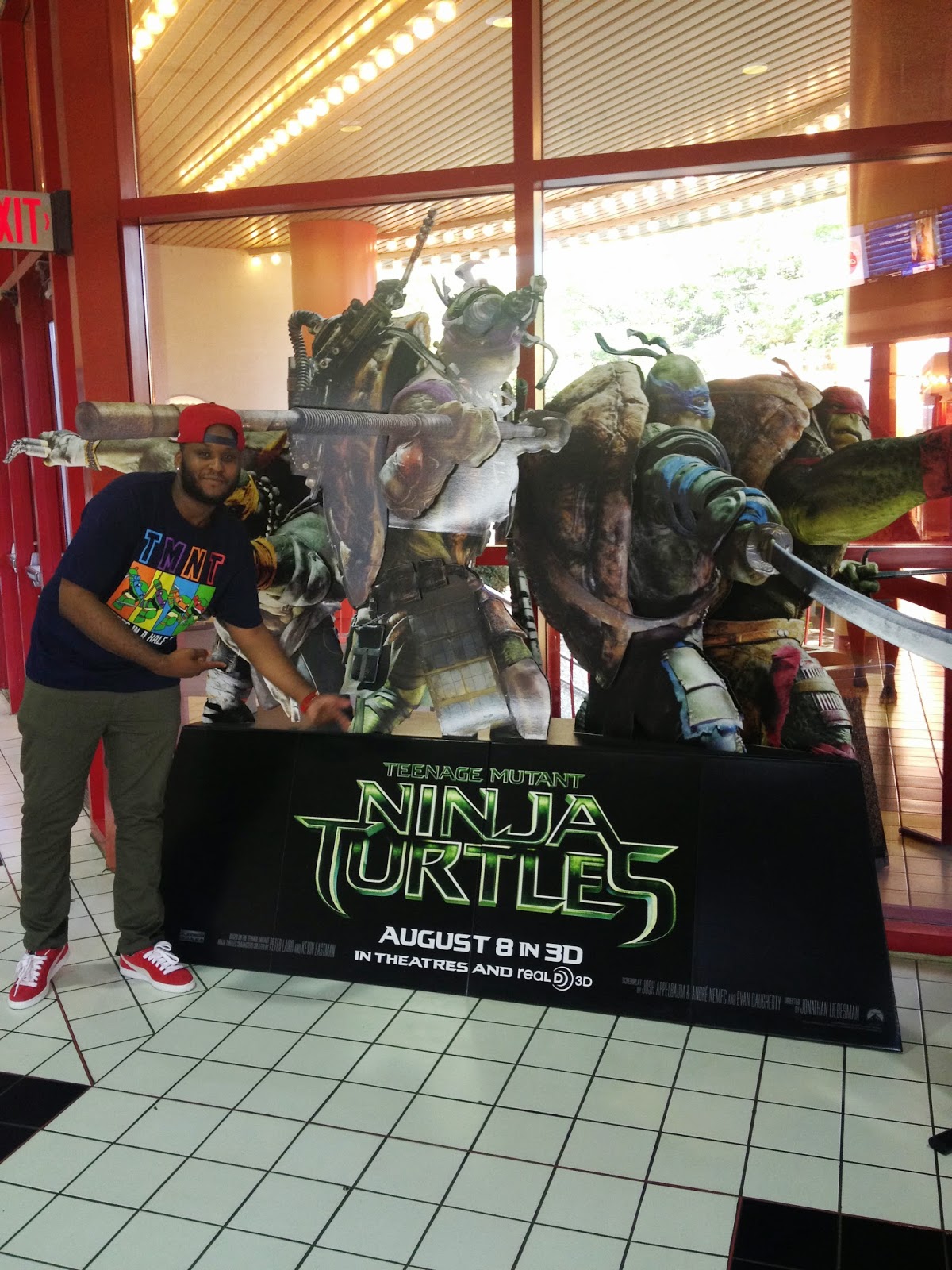 The film had lots of humor moments. You will indeed laugh, but then there are some scenes that would make a child confused as to rather they should laugh or be scared by the monster faced over grown turtle. The design of the turtles can also be very distracting, especially Donatello. This guy has a freakin desktop computer among other gadgets just sitting on his back throughout the entire film. I get it that they want to diversify the appearance of the characters but come on, it just looks strange to see a guy fighting crime with an entire desktop, webcam, goggles, etc. on his back.

My major beef is with the non classic elements of the story line. I’m gonna be honest, the way the turtles are connected to April O’neil in this version is straight up wack. The turtle’s creation and Splinter’s creation will definitely have you scratching your head if you grew up watching the turtles. Even the shredder was all out of wack, I don’t know if he was a human or a cyborg half the time.

My favorite things about this movie was the humor, soundtrack, and over the top action sequences. I definitely enjoyed how you can see each of the turtles’ personalities through their interactions. Leo was a leader, Ralphie was a psycho, Mikey was a goof ball, and Donnie seemed like too much of a nerd to be out fighting crime. There were a few hints of nostalgia but not enough to create a memorable experience for the older fans. This is not the best ninja turtle movie made but I’m sure its probably the most expensive one. They need to go back to the drawing board on this one. I walked into the theater excited to watch the turtles in live action on the big screen again like it’s the 90s ,but I left with the feeling of modern remake disappointment. Initially after the viewing, I was on the fence about the movie because it wasn’t great but it also wasn’t bad outside of the confusing story changes.

I’m a day one ninja turtle fan but I can’t give this movie the Terry McFly stamp of Approval. I’m going to say it’s only worth seeing if you’re watching it for free or at a matinee for the low low. Also remember…If you take your children to see it, they will probably be schooling you on what’s happening because it’s based on the TMNT cartoon series of the current generation.