Superman is Back! …and this time it’s a good thing. Finally we get the Superman film that we have been waiting years to see. After all the remakes and cheesy costumes, someone has actually managed to finally get it right. 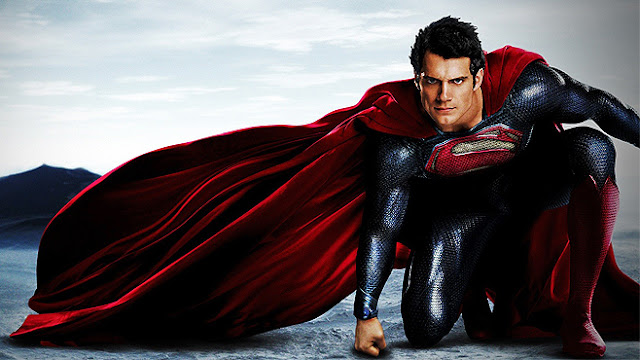 Man of Steel is an AWESOME film! The movie is jam packed with action, wall to wall fighting scenes. This movie has some of the most intense fighting scenes you will probably see this summer. If there was really super powered humans, they would probably fight like the ones in this film.

Man of Steel makes Superman more realistic and believable. There’s no more bright cheesy colors, this super hero wears darker hues and has a new redesigned logo that just screams “I’m a bad ass super hero”. He even flies more realistically, when he flies at super speed you can hear the sound barrier break. It’s those small details that really get you immersed as a viewer.

The movie does a really great job of telling Clark Kent’s story. They creatively avoid wasting the viewer’s time by skipping over some of the obvious things that we already know about superman. No need to waste filming on the obvious things. I always wondered how Superman’s costume was bulletproof like him, I no longer have to wonder… my question was sort of answered.

This movie really made me leave the theater looking forward to the upcoming Justice League film even more. I can now honestly see the Dark Knight and The Man of Steel fighting evil together. Bravo to director Zack Snyder Bravo! A job well done! The Man of Steel was a cinematic thrill ride! This is one of those films that you must see in IMAX if possible, it was tailored for the IMAX experience. Man of Steel is “Terry McFly Approved!” Go see it, I may even go see it again. There’s no need to waste your time sitting around after the credits because surprisingly there is no bonus footage like the other super hero films.