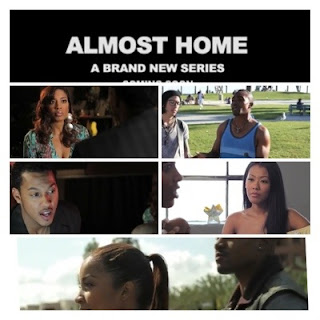 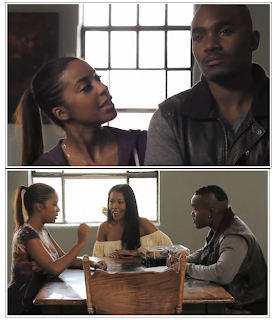 Written by actress Reagan Gomez & directed by Matthew A. Cherry. “Almost Home” is about a woman named Lisa (Reagan Gomez) and her younger brother DeJuan. Lisa & Dejuan  move to L.A from Chicago after the passing of their mother. Lisa is a stylist and DeJuan is a musician. The show also features it’s share of drama, including Lisa’s crazy ex fiance randomly showing up in Los Angeles. Lisa and Dejuan are both forced to make changes and face their fears while ensuring that the family stays together. One of the standout elements of the show is that it features original music and unique fashion.

Reagan Gomez created and funded this series herself. She started an online campaign to raise money to continue filming additional episodes after she funded the first few.

“This project is so important to me. We NEED more women of color behind the scenes in Hollywood. And, if all goes well with this campaign, my ultimate goal, is to continue to use INDIE GO GO to create, original content for actors and actresses of color. A webseries now, a film later?” – Reagan Gomez

Currently the show is on Episode 3, you can watch all 3 of the latest episodes below and catch the future episodes on Reagan Gomez’s official youtube channel.

Episode 1: Finding Home
After the death of their mother, Lisa and DeJuan move to Southern California to start a new life. Once there, they meet Becca (Denyce Lawton) who helps Lisa find a job.

Lisa gets a new job and meets Queen, an up and coming musician with a bad reputation. She has to win Queen over in order to get the job. Lisa also meets Scott.

Episode 3: The Hustle King
DeJuan meets Ryan, a guitarist who plays on the beach. Ryan encourages DeJuan to sing on the spot. A crowd grows and the two decide to form a band.

Stay tuned for more episodes… Coming Soon! Make sure you tweet @ReaganGomez and let her know that you watched #AlmostHome on TerryMcFly.com